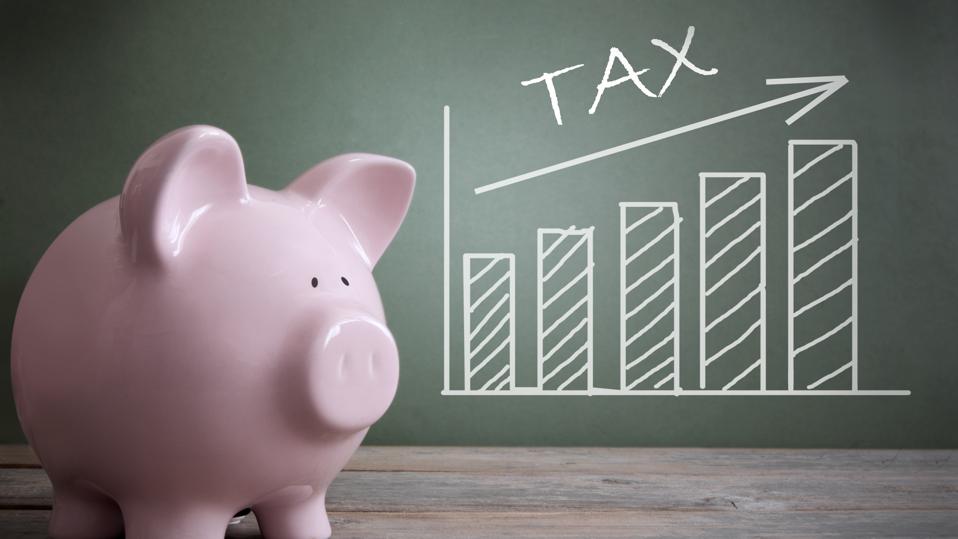 The standard year-end-planning strategy is to defer income into the next year and accelerate deductions into the current year. Now that Joe Biden has won the presidency and Democrats could gain control of the Senate in early January, tax planning for year-end 2020 would shift if you were to predict tax increases in 2021 for high earners.

However, even if Democrats win Senate control, many experts say tax-law changes are unlikely to be a focus of Biden’s first year. At the same time, some financial advisors and estate planners are still expecting higher taxes at some point under the Biden administration. What does all of this mean for year-end planning in 2020?

The Biden Tax Changes That Could Alter Year-End Planning

Among the different parts of Biden’s tax plan, these three would have an immediate impact on 2020 year-end planning:

Tax Changes Not Expected In 2021

In my review of client alerts and updates from wealth management, tax, and financial advisory firms of various sizes, I found they see little chance of taxes increasing in 2021:

Mark Mazur, the director of the Urban-Brookings Tax Policy Center, predicts in an article at the website Law360 that President Biden will “punt” negotiations on Tax Cuts & Jobs Act provisions that expire at the end of 2025 into the next Congress. He thinks that Biden will instead focus on other priorities in his campaign platform. “There’s no need to decide in 2021 what the tax code of 2026 will look like,” Mazur told Law360.

Analysts from the Urban Institute recently updated their analysis of the Biden tax proposals. They do not foresee an effective date for new tax provisions any earlier than January 1, 2022.

The possible reasons for this delay are explained by John P. Barringer, Managing Partner of Executive Wealth Planning Partners in Denver, Colorado, in an article at myStockOptions.com (Stockbrokers’ Secrets: Year-End Planning For NQSOs, Restricted Stock, And RSUs). “Even if the Democrats eventually gain control of three branches of the federal government, tax changes are not likely to be the first thing on their agenda,” he writes. “Over the last two years, the Democratic majority in the House of Representatives has passed hundreds of bills to address climate change, racial inequality, police reform, and voting rights. That stack of bills would be the first thing the Senate would want to review if party power changed…. So, with everything a new administration and Congress will have on their to-do list, regardless of the eventual outcome in each chamber, tax changes are unlikely to be addressed until at least 2022.”

What Financial Advisors, Tax Pros, And Lawyers Are Recommending

In its article, Grant Thornton says you should “be very cautious about rushing transactions or asset sales in ways that forfeit value, especially as immediate tax increases now look much less likely. Income and tax acceleration strategies should also be balanced against liquidity needs during this period of economic disruption, and only after considering the time value of money.”

Given the very low interest rates on money saved in the bank that you could apply to paying taxes, an article by CPA and financial advisor Craig Richards of Fiduciary Trust Company International raises the question of whether “it may be worth taking the chance” to accelerate income into this year if you are concerned about higher future taxes.

Jonathan Gassman, a CPA and the CEO/founder of accounting and wealth management firm Gassman Financial Group (New York), emphasized to me that financial planning is very client- and fact-specific. “The election results have not changed my multi-year planning,” he explained. “Our theme for most clients continues to be: accelerate income and accelerate charitable contributions of highly appreciated stock to get the deductions this year as they could be curtailed.”

He still thinks that taxes will be going up at some point, if not in 2021 then in the next few years. This view is shared by some of the other financial, tax, and legal advisors I reached out to.

Randy Joseph, a CPA with the tax-advisory firm Joseph & Hetrick (Seattle), also takes a multi-year-planning approach that goes beyond what tax rates might be in 2021. “We are cautiously discussing accelerating income and discussing the fact that no one knows what will happen. It’s such a crap shoot.”

Joseph M. Schmerling, a financial advisor and CPA with Schmerling Financial Group (Jenkintown, PA, and Silver Spring, MD), explained to me that year-end tax planning 2020 is different for many reasons. These include not just the tax proposals of President-Elect Joe Biden but also the impact of Covid-19.

“Our approach is to get ahead of disruptions by reviewing our clients plans and stress test the possible outcomes. Ultimately, we are looking for solutions that make sense even within the current fiscal environment,” he said.  “We are not willing to derail the financial progress we’ve made on speculation.”

The lifetime exemption amount for gift, estate, and generation-skipping transfer taxes increased in 2020 to $11.58 million per person ($23.16 million for married couples). Lauren Galbraith, an attorney with the law firm Farella Braun + Martel in California, explained in a pre-election article that by making gifts now, you can lock in the current amount of the exemption, which may shrink in 2026 to about half those amounts—or perhaps even sooner, depending on voting results (see Estate Tax Planning For Large Company Stock Holdings: Four Tips For Using Record-High Lifetime Exemptions).

Now, after the election, she told me this change is probably not coming in 2021. “I do think that the urgency has fizzled and estate and gift tax changes effective retroactive to January 1, 2021, at this point seem highly improbable. Those who are on the margins in terms of whether they want to make significant gifts now may be best advised to hold off and take a wait-and-see approach.”

Bob Keepler, a CPA with the tax advisory firm Keebler & Associates (Green Bay, WI), calculates using basic probability a 25% chance (i.e. 50% x 50%) that the Democrats could take control of the Senate after the Georgia runoff elections. Rather than trying to “see through the fog,” his wealthy clients with substantial assets are going forward and still making gifts to reduce the size of their estates.

He believes that if tax changes do not happen in 2021, they may still occur after the mid-term elections in 2022, as 21 of the 34 Senators up for re-election are Republican. At the very least, he observes, the current tax laws will sunset at the end of 2025.

Global tax avoidance costs countries $427B each year: Report
States With The Most And Least Debt In 2020
Coca-Cola And Amazon In Tax Court – Where Are The Intangibles?
France to press Biden team on digital taxes
What’s Your Magic Number?