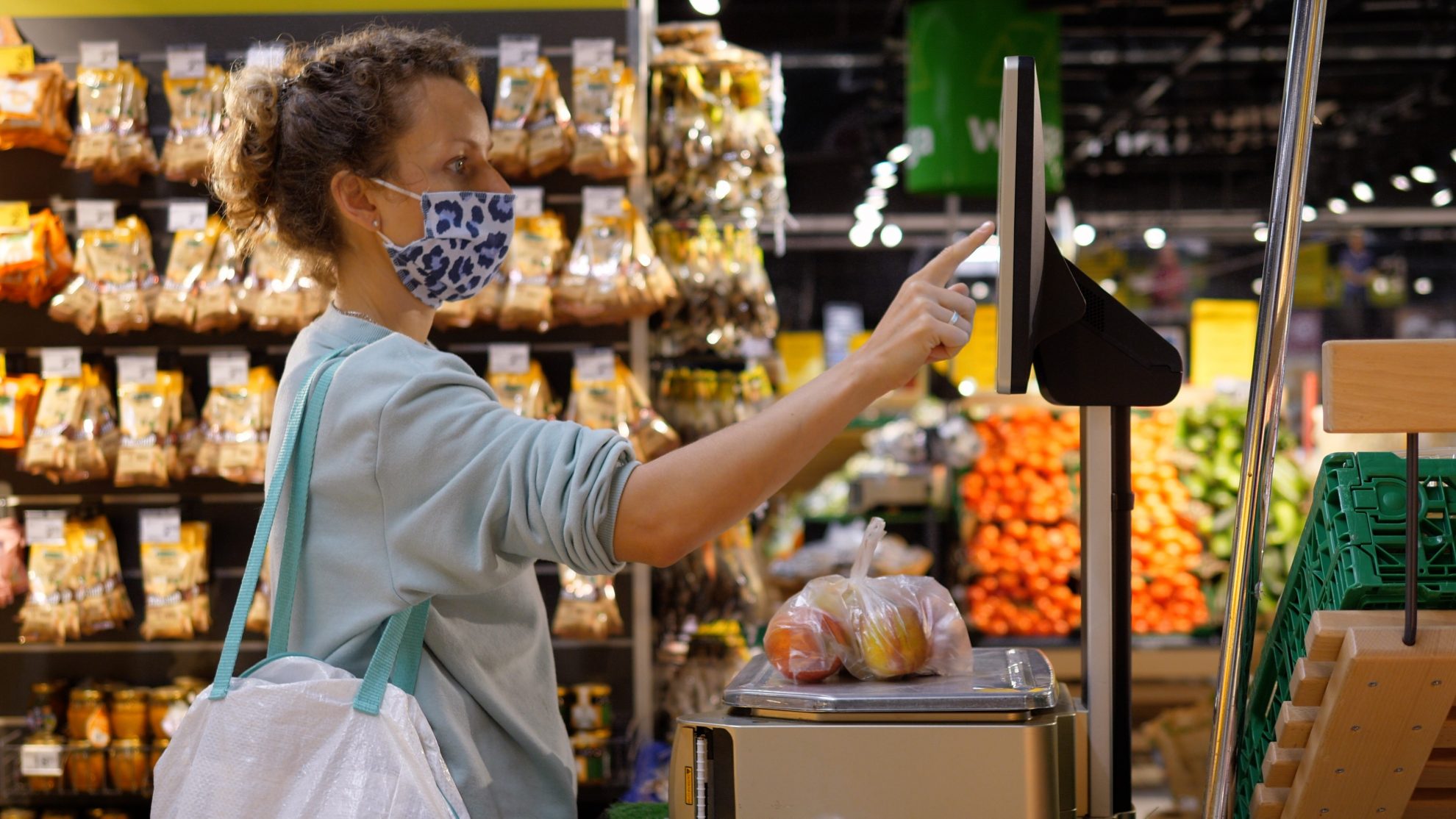 Over the past half decade, there has been an ongoing debate about how automation and the use of robots in the workplace has impacted workers’ wages and employment. Recently, economists Andrea Manera and Daron Acemoglu of the Massachusetts Institute of Technology (MIT) and Pascual Restrepo of Boston University examined whether tax policy favors certain forms of automation that puts workers at a competitive disadvantage.

In their latest report, Manera and her coauthors argue that differences in the tax treatment between labor and capital encourage firms to automate, reducing full-time employment without corresponding productivity increases. They encourage policymakers to consider higher taxes on certain forms of automation to help those workers get ahead, including rolling back accelerated depreciation and full expensing.

Automation can have different effects on labor demand and workers depending on the nature of the automation itself. Some forms of automation, such as improving the quality of machinery workers use to produce, are complementary to a larger and more highly paid workforce.

Other forms of automation may serve as a substitute for labor; consider the classic example of the automated teller machine (ATM) replacing human tellers at banks starting in the 1970s. When ATMs started being installed, some worried it would reduce demand for human tellers as people started using ATMs for common bank-related tasks, such as withdrawing cash or depositing a check.

There is a twist to that story, though. As ATMs gained steam, the number of tellers needed for each bank branch fell. However, the number of bank branches increased, which ended up offsetting the job losses produced by ATMs. The nature of the tellers’ jobs also changed, as clients began using tellers for needs that required interpersonal interaction. This example shows that the impacts of automation on workers are not as straightforward and predictable as those skeptical of automation often argue.

There are two effects that make automation have an unpredictable effect on workers, as the authors outline:

“We thus see two countervailing effects on automation on labor: task displacement, which reduces labor demand, and productivity improvements, which increase labor demand. If the former force dominates, automation will reduce not only the labor share but also employment and earnings. However, if the productivity gains that automation brings are more powerful than the displacement that it causes, then jobs and earnings will tend to rise, even as workers are displaced from some tasks.”

Manera et al. argue that automation in the United States over the past 20 years has played more of a substitute role for labor than a complementary role. In other words, recent automation does little to improve productivity but does displace workers and reduce labor demand.

Take, for example, self-checkout machines at a grocery store. These machines do not make workers more productive, in the authors’ view, but do reduce the range of tasks available for human workers. (This omits the productive things these workers can do once freed from checkout duties, of course.)

Manera et al. argue that labor has been taxed at an effective rate of 25 percent over the past 40 years, while capital investments like equipment, software, and structures have faced tax rates ranging from 15 percent in the 1990s to about 5 percent in the past 20 years. This trend, in their view, may contribute to “excessive” automation that does not result in higher worker productivity but does result in lower labor demand and worker compensation.

To correct for this trend, the authors argue for higher taxes on capital to have closer parity with taxes on labor. They point to accelerated depreciation and full expensing as one area to cut back, for example, arguing this may induce less automation and generate greater labor demand.

The first weak point of the authors’ argument is the empirical claim that robots and automation tend to reduce labor demand and fail to raise productivity. A review of data from 17 countries from 1993 to 2007 by the Centre for Economic Performance finds that the increased use of robots tends to increase economic growth, worker wages, and productivity without affecting total hours worked.

While the authors of that study find some evidence of negative effects on low-skilled workers, the aggregate effects of increased automation are positive for wages and employment. These results have been confirmed in other studies that similarly find that automation can displace certain types of jobs but also increase labor demand elsewhere and overall productivity growth.

If anything, the U.S. has suffered from too little productivity growth because automation has not gained enough steam in sectors outside of manufacturing. Policy implications for an economy relying more heavily on automation include identifying how to effectively retrain and reallocate talent across sectors in the economy, but the evidence does not demonstrate a need for a dedicated tax on automation or robots.

A second weak point is that it is not clear that capital is taxed more lightly than labor when reviewing comparative measures of taxation on each factor. For example, economists Gabriel Zucman and Emmanuel Saez have found that capital taxes were greater than labor taxes over the 20th century, and that labor taxes are only slightly greater than capital taxes as of 2018.

In other words, the normal return to capital is not taxed, which is an efficient method of ensuring investment is not penalized and growth is not reduced by the tax treatment of capital. “Normal return” refers to the portion of a return below the investor’s risk-free discount rate. Earning this level of return does not make the investor any better off; rather, it means the investor has simply earned enough return to cover the cost of the initial investment, in present value terms.

“Supernormal return” refers to the portion of return which exceeds the investor’s discount rate—the amount by which the investor is better off. Ideally, the normal return to investment would not be taxed, as it is not an increase in welfare, while supernormal returns would be taxed at a rate set by policymakers.

This is what we find in Tax Foundation’s modeling: permanent bonus depreciation and canceling the upcoming amortization of R&D expenses would raise output by 1.1 percent in the long run and create 230,000 full-time jobs, according to our General Equilibrium Model. Extending neutral cost recovery to structures would further raise output by 4 percent and create 802,000 new full-time jobs.

Ideally, supernormal returns would be taxed on a cash flow basis with a focus on taxing economic rents. This is where policymakers should focus, rather than worsening the tax treatment of capital investment, whether it is considered automation or not.

Worker treatment in the tax code could be improved to help them work with automation that would otherwise substitute for them. For example, the tax treatment of worker training could be improved by allowing firms to deduct all forms of training, not just certain types.

The many education-related tax provisions could be simplified or moved outside the tax code to ensure they are effective. Retraining and education are key methods to ensure that workers can adapt in a dynamic economy that takes advantage of automation and new technology.

Policymakers could explore ways to smooth out marginal tax rate spikes on labor income that disincentive work on the margin. Similarly, reforming the earned income tax credit (EITC) could help encourage work by increasing the return for low-income workers while simplifying how the credit works. Providing a better tax environment for workers in the gig economy would similarly be a method of helping workers through the tax code, rather than penalizing capital investment.

The growing worries about the impact of automation on worker wages and employment should motivate policymakers to find ways for workers to effectively adapt and thrive. Among other policy options, there are opportunities to improve the tax code to help workers use new technologies to improve their productivity and living standards.

Taxing automation or worsening cost recovery for capital investment, however, would undercut productivity growth and economic output, reducing long-run worker wages and employment. Rather than seeing the tax code as a zero-sum game between capital and labor, policymakers should find ways to improve the tax treatment for both capital investment and people to maximize the economic gains from technological innovation and a strong workforce.