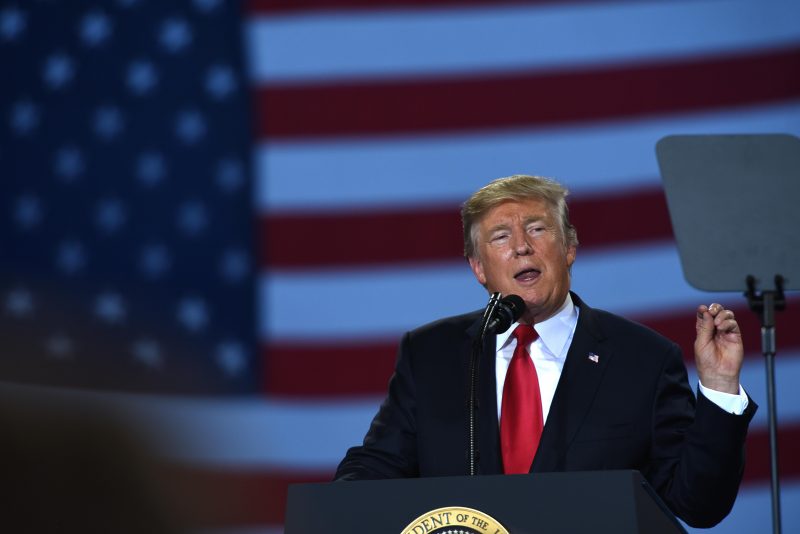 The Republican National Convention is underway this week and President Trump’s campaign released a second term agenda outlining his policy vision in broad strokes. While light on detail, the agenda includes a few tax policy items like expanding existing tax breaks, creating credits for specific industries and activities, and unspecified tax cuts for individuals. The president has also expressed support for other policy changes related to capital gains and middle-class tax cuts. Of note, none of the campaign documents so far have detailed a plan for the expiring provisions under the 2017 Tax Cuts and Jobs Act (TCJA).

President Trump’s campaign tax proposals fall under two categories outlined in the agenda— “Jobs” and “End Our Reliance on China”—with additional details on the proposals to be shared over the coming weeks.

First, he proposes an unspecified tax cut to boost take-home pay and an unspecified “Made in America” tax credit. Additionally, he proposes to expand Opportunity Zones, a program created under the TCJA to spur investment in economically distressed census tracts by providing capital gains tax relief for individuals and businesses investing in qualified opportunity zones. These three proposals are grouped with other policies that are intended to create jobs.

The agenda also outlines two policy proposals for companies that bring back jobs from China. First is an unspecified tax credit for companies. Second is allowing 100 percent expensing for certain industries (pharmaceuticals and robotics) that bring manufacturing back to the United States. The proposal does not specify what types of assets would qualify for the 100 percent deduction, whether it would be permanent, or how it would be determined that a company is “bringing back manufacturing.” Full expensing is a highly cost-effective tax reform to boost growth but limiting the policy to specific industries is not ideal. It would be more economically beneficial to broadly improve cost recovery across all industries.

President Trump and his advisers have also vaguely called for several other policies.

The president has called for forgiveness for the September 1 through December 31, 2020 employee-side payroll tax deferral and permanent cuts to the payroll tax. Additionally, he has mentioned the idea of reducing the capital gains tax rate from 20 percent to 15 percent (whether this is inclusive of the 3.8 percent Net Investment Income Tax (NIIT) is unclear) as well as indexing capital gains to inflation.

President Trump has called for “middle-class tax cuts” in the form of rate reductions. The current structure of the tax code makes this particular policy idea difficult—the benefit of rate reductions would accrue to top earners as lower earners face reduced (or zero) income taxes.

Separately, the question of what happens to the scheduled expirations under the TCJA has yet to be fully addressed. For context, over the next several years, many tax cuts passed under the TCJA will phase down or expire. In 2022, businesses will be required to deduct research and development costs over five years rather than immediately and the deduction for business net interest expense will be further limited. In 2023, full expensing for short-lived business investments will begin phasing out. In 2026, the individual income tax changes under the TCJA—including the reduction of individual income tax cuts, increase in the standard deduction, and expanded child tax credit (CTC)—will revert to prior law. While the White House budget for fiscal year 2021 indicates support for the extension of the individual provisions after 2025, it does not address the expiring business provisions.

One last policy question of note is how the president would approach additional tariffs in a second term. In his first term, President Trump has imposed more than $80 billion of tax increases in the form of tariffs. Recently, the president said he would impose tariffs on companies that do not move jobs back to the United States from overseas. Whether this is a formal policy proposal is unclear, but it indicates the possibility of continued tariffs if Trump wins reelection.

Without further details or clarification, it is difficult to fully analyze President Trump’s second term tax policy agenda. Broad themes of the president’s agenda include providing tax relief to individuals and tax credits to businesses that engage in desired activities, while the status of expiring TCJA provisions and tariffs seems uncertain.

As the campaign releases more details, we will update our analysis.

The Supreme Court may gut the Affordable Care Act. What’s next?
Medicare beneficiaries might get $200 to help with drug costs. Here’s what we know so far
Taxes are about to rise for New Jersey millionaires. There aren’t many ways to duck the levies
IRS offers reprieve on tax returns filed late due to CCH outage
AARP: Obamacare Attack, Threat To FTC Powers Highlight Supreme Court’s Coming Term For Seniors